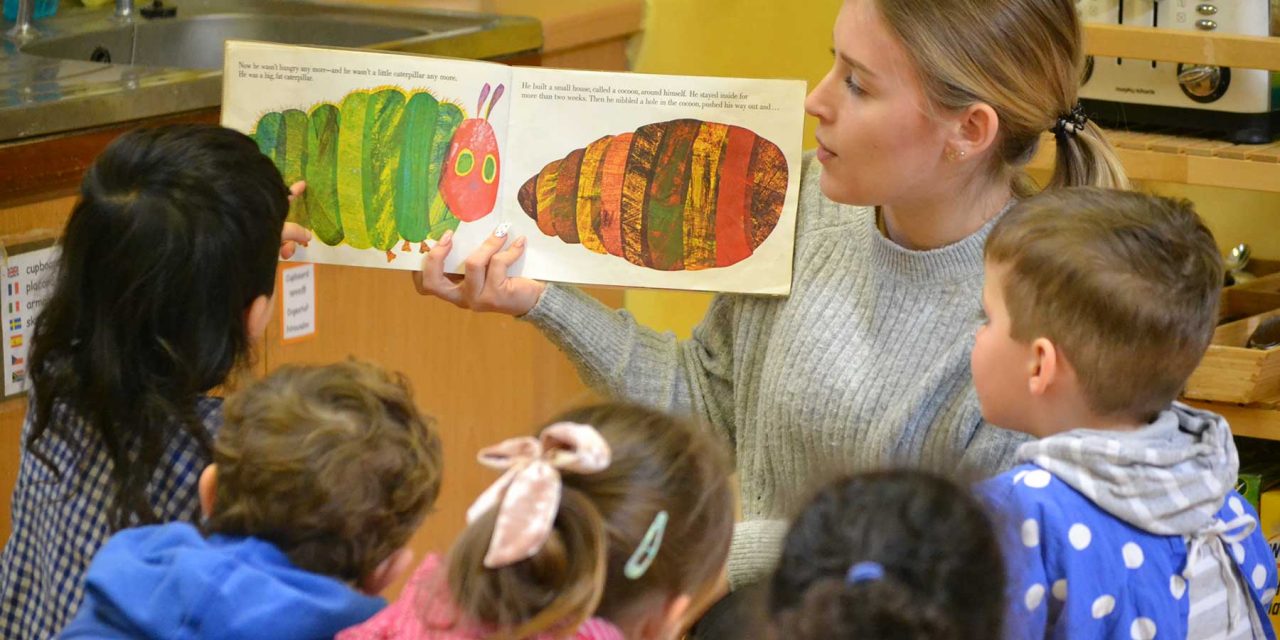 For the past 8 years I have reassured parents that it will be fine when their children start school.  The transition is smooth, you get lots of opportunities to go into the school and generally as long as your child is fully embedded in the three prime areas

(Communication and language, personal, social and emotional development and physical development) you have nothing to fear!!!

Whilst we do reiterate all of the above, this does not mean when you send your child to school it will be a breeze.  There were emotions from everyone, we crazily had a new-born and moved house just before Ruben started school so you could imagine the behaviour/ tension in the house.

It really is as if you are back at school again yourself.  We went to the information evening when Archie was 3 days old. Yes, we took him with us (remember he was baby number three so we didn’t get to lie-in bed all day long like we did with our first), if it was our second child, we might not have both gone, but as our first we were keen to both know everything.  It is a strange feeling turning up and seeing all these new faces without their children; wondering what children they have, will your child fit in?  The biggest thing was the small talk you had with these people, knowing they will be who you see every day 38 weeks of the year. The highlight of my evening was though when the teacher said ‘the main thing is they come dressed to school, if not in uniform in something that resembles uniform, we can work up to this over the first term.’  The relief of a new mother who had literally taken all day to get out the house due to feeding, changing, feeding and more changing with another feed, I knew this was the school for us.  The gentle approach where the transition from nursery to reception is pretty similar, with phonics and reading to start with.  We left very happy ready for the next step.

Then came the first settling-in session.  My god, I couldn’t prepare him any more than I already had.  I took the teachers advice though and became an actress, whilst I knew he was scared so was I, not that I showed it.  I walked him into the classroom and whilst I wanted to hold his hand and stay, I knew it wouldn’t do either of us any good.  On that basis, I ensured he was happy playing with some toys with some other children and I left.  Of course, I got in the car and cried, called Richard and ate cake for the morning.  It was a huge step for me, yes, he had been to nursery by himself before but this was a whole new chapter in our life, the next phase.  That is the thing with your first, everything is the first phase, you have to get through it to know it will be okay.  Hence why if you have more than one child, you relax with each one as you know it is a phase and won’t last forever!

After that, the other settling-in session was fine, he was very happy to go in and I was not an emotional wreck once he was dropped off.  During the summer holidays, I didn’t spend my time when his behaviour was bad go ‘you wouldn’t be able to do that at school’ because I didn’t want to scare him off going (I waited till he was settled then threw it in a few times!)  No, we barely talked about school in the holidays, we bought the uniform at the start so he could see it in his drawers to become familiar (he’s still wearing all of it now, so they definitely do not grow out of it in a term.) I did a visual timetable (I know I always go on about them) week by week and then I put the last two weeks up together so he could see when he would be starting.  It helped him process everything.

Once they start, I think we all imagine we are going to have this endless amount of time on our hands.  Wrong, we have a very small window where we are bound by a restrictive time frame, we have so much to try and fit in that it feels like we have literally just dropped them at the door before we are collecting.  It is why everyone looks forward to the holidays as you can literally lounge around for the morning instead of screaming at everyone to get their shoes on or we’ll be late!  You think you should be used to it with going to work and dropping them at nursery, but in fact there is a whole new dynamic to it, one you can’t explain until you are there.

The biggest change for me was how exhausted, tired and grumpy he was.  I always try to remember that when at school he has had to process so much, listen constantly, and generally be good, once in the comfort of his parents he released all that het-up emotion.  This makes the witching hour go on for the whole afternoon rather than just from 5pm.  Yes, the need to push the boundaries certainly increases, they are trying to find their way back in the home life, use their authority by putting everyone back in the correct pecking order after not being at home with you and for Ruben having his brother do things he didn’t (Hugo always told him even though he said he wouldn’t!)  This didn’t mean I let him get away with things, he still had to know the rules applied when back at home, but yes, I did let some of the silliness slide as I knew he had been good at school. I try to do some exercise with them after school just to burn off that excessive energy, be it a short walk to the park, bike ride or trip into town.  It helps as it means when we get home everyone is ready for homework, tv, tea, bath and bed and sometimes makes for a nice afternoon….

Once Ruben had started the novelty did wear off for all and whilst he has never not wanted to go, we did get lots of comments about ‘what I have to go today as well. Or, when is it the weekend?’

For me it does feel sometimes that we all want our children to go to school so we can say that they are fine.  They are developing as they should be and we’ve done a good job.  At nursery our whole ethos is about them being independent and confident so, when Ruben was two weeks into school and I was trying to get everyone ready, Archie decided he hadn’t had a proper feed.  Ruben turned to me and said I’ll cook breakfast.  He was measuring out the porridge and milk under my supervision, but I didn’t do any of it.  He turned the hob on and stirred the porridge whilst cooking, then he served up for us all.  For me that is what being school ready is all about, not where he is academically.  Those skills he used to make breakfast would help when in a class of 30 when he wants to do an activity but the teacher can’t help him at that exact minute.  I know he will use his initiative and go off and work out the solution by himself.

Yes, he can be quite a handful most days, I have often described him as adventurous, spirited and a typical boy.  However, whilst he is generally all of those things, he is independent and helpful and that from all the conversations I have ever had with a reception teacher is all they truly require when they start school.  No, he couldn’t write his name and sometimes got muddled with numbers but he picked it all up so quickly as he was ready.  Do not spend your time fretting about what they can’t do before they start, it will come. Spend this period before they start, making them independent and helpful around the house.  Enjoy some lazy days and try not to rush everywhere as once you start school all you will do is rush from A-B and back again.

My other big tip is do not ask them what they did that day.  We have a poem at nursery that is all about saying ‘is all you did is play today?’ Yet they took on so much learning without having to relay the day to you.  I tend to tell him things that I have done or what we had for lunch and I then find at some spontaneous moment I hear about what he has done or had for lunch.  I don’t force him to tell me either, if he says ‘I don’t want to tell you’ I accept it (yes it frustrates me, but I understand what it can be like after a long day at work.)

When they start school it is huge, but it does get easier.  I am not worrying half as much with Hugo starting as I know what to expect, whilst I worry emotionally he’ll struggle, he is already very confident in the playground.  You will find your feet along with your child, they will make friends as will you and you’ll look back as you do with every phase and wonder what you were worrying about.

nextTips for supporting children through this pandemic